Netcut 5.0 for Windows Full Version is very useful for users who want to get maximum internet access. Netcut will be very effective if used in an Access Point that is connected together. For example, in Warnet, Cafe, Schools, Hotels, Shopping Centers and so on. By using Netcut , you can increase the speed of internet access by cutting off other users who are connected to the internet. This is very useful especially when you are Downloading or currently being Live Streaming.

However, you should not use Netcut haphazardly but when you really need a stable internet connection. Like when other users are busy playing Online Games or Downloads in large quantities that drain bandwidth. Because of course it causes your connection to be very slow so you have to act smart.

NetCut is a simple and lightweight app that will scan your network for connected computers, and it will help you retrieve the information about each computer connected to it.

It is designed to give you a clearer idea of what computers you have hooked up to your network. It will display all of the information about the computers currently connected to the network.

It allows you to scan multiple adapters simultaneously and retrieve IP information about each machine connected to your network.

Get Information About Machines Connected to Your Network

NetCut will appear as a plugin in your browser of choice, so you won’t need to install it on your computer. It means that it doesn’t consume much space on your computer, and the installation will be quite swift.

The tool will work automatically, too. It will scan your network constantly to detect the machines and devices connected to your network.

With the IP finder, you’ll be able to find the specific machines that you believe are connected to the PC. You’ll be able to see all of the information about the machine, such as its name, the used bandwidth, and much more.

Cut Down the Network Speeds for Devices

After retrieving the information about machines connected to the network, you’ll be able to tweak some settings, too. As mentioned, you’ll have the option to cut out some devices or machines right away, especially if you believe that the devices should not be connected.

Alternatively, you can also use some other tweaks and settings. You’ll be able to make sure that you cut down the internet speeds for some devices that you think are using too much. It will be done with just a simple drag and click, although this feature is only available in the Pro version.

NetCut is a simple tool that will help you recognize devices connected to your network and cut down their network speeds.

Get Netcut 5.0 for Windows Full Version 👍 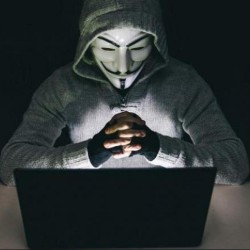 I am a person who is passionate about internet marketing. Even I help peoples through my services. I share kinds of stuff on video , Whatsapp Social Media marketing tools, premium accounts, VPN, WordPress, Seo Optimization software, Blogging. PHP script, and business growth.

Join us TODAY and you will get instant access to ALL for incredibly $35 One Time Payment For VIP LIFETIME Subscriptions, Not Only One Software But You Get All Software Which all have been tested can certainly work, So Don’t waste your time just act Now Register, Pay using BTC Bitcoin, perfectmoney, Skrill, Accept Credit Cards Online with PayPal Credit Card Processing. after you pay then download whatever you want, no need to wait its automatic system instant access!!!